Reason: Bikini Banners and Freaking Cops Cracking Down on Curse Words! The Nanny of The Month For June 2012 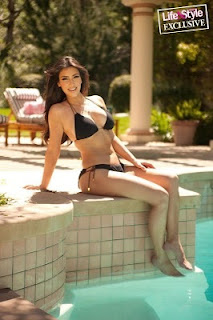 Reason: Bikini Banners and Freaking Cops Cracking Down on Curse Words! The Nanny of The Month For June 2012

That nanny statists have to be clever and look for new ways to do this, without officially at least taking all of our freedom from us. Even risk violating the first amendment of the U.S. Constitution to do so. Which is what they are doing in Massachusetts by putting new limits on what people can say in public, the target of course of this being curse words. New Jersey trying to install crackdowns on what women can wear in public, meaning certain bikinis at their beaches. All they are doing there is just giving more men reason not to vacation in New Jersey. But they would be welcomed along with their women to come down to nearby Delaware and Maryland, where they wouldn’t have those restrictions.

These are just examples of what a nanny state looks like. Where the state takes it upon themselves to protect people from themselves. It ranges from speech, to what people can wear and say in public, to what they can eat, drink and smoke, to what they watch on TV, or listen to on the radio. All in an effort of course to protect people from themselves and to prevent us the people from doing things that they either don’t like, like cursing and certain forms of entertainment, which of course Neoconservatives of course hate and see these things as a threat to our national morality and even national security.

When I hear those arguments, I think they must be high on something they believe should be illegal for everyone else. Or hate speech that today’s so-called Progressives hate, because they are worried that it may offend people they care about who are too sensitive to deal with it by themselves in an adult way and need the State to protect them. But my Nanny of the Month for June, 2012 is New York City Mayor Michael Bloomberg, who is now the Mayor of the Nanny City. Thanks to his efforts to protect New Yorker’s from themselves, as it relates to junk food, soft drinks, marijuana and even pornography. And represents why the term nanny is even involved in American politics and why we have the term nanny state. Government’s that want to protect their people from themselves.

Posted by Ederik Schneider at 7:46 PM No comments: