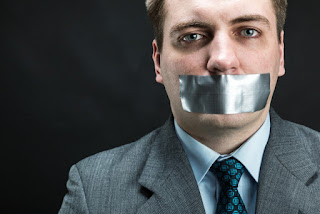 I agree that political correctness is a mask for insecurity on the Far-Left, as well as the Far-Right. When Neoconservatives hear things that they view as Un-American or immoral and want stricken down and prevented from ever being heard again. But with the Far-Left they view some world in their Utopian dreamland where people they view as insecure and have been persecuted in the past to the point that they deserve governmental special protection. To the point that minority groups shouldn't have to even hear criticism about them even when it's true. That the only people that should be criticized are 'The Man', (meaning the White man) Christian-Conservatives and even right-wingers who are minorities. And they should be portrayed simply as 'White people' with dark complexions.

Who wouldn't want to live in a world where everything is swell. (To quote The Beaver) Where everything is perfect, where people regardless of race or ethnicity, never have to hear anything negative about them, because everything is swell. They're perfect. No such thing as teenage pregnancies or poverty. But that is not the world we'll ever live in, at least in my lifetime. We have a large religious-right in this world, both Christian and Islamic. And to say that only Christian-Conservatives are bigots towards women and gays and leave Islamists off the hook, is denying facts that are right in front of you. To say that only Anglo-Saxon redneck jokes are acceptable, but if you make fun of African-American ghetto people and impersonate people from that community, you're a bigot, but jokes and impressions of rednecks are perfectly acceptable, is a form of bigotry.

If you believe only the Christian-Right and rednecks, are the real bigots and Neoconservatives in general, but Islamists who have similar positions towards gays, women, as well as ethnic and racial minorities and in some cases would go even further and are more authoritarian and would put gays to death simply for being gay, make the case. Try to make the case that only Caucasians have bigoted views. That only the Christian-Right hates gays and believes women should be subservient to men and good luck with that. Perhaps you'll win the lottery and win a million dollars. Become a millionaire on Wall Street by only investing only five bucks. Never get wet in a Seattle rain storm, or ever see snow in Minnesota again, even if you live there year-round, etc. Maybe you'll just become the most bless person in the world as well.