John Cerkez: John Stossel: Censorship in the Name of Islam 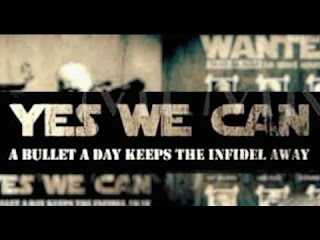 Just to the correct the record about something that Mark Steyn said. Islam is not the only religion in the world where their members have killed people in the name of their religion. The Ku Klux Klan and other Far-Right Anglo-Saxon Protestant terrorist groups in America, are responsible for a lot of murders as well. And just like with Christians, the overwhelming majority of Muslims are non-violent, even if they have Far-Right views about how women should be treated and everything else.

Again as far critical speech of minorities in America religious, or otherwise and perhaps obese people will be added to this group of the specially protected in America with the Far-Left, as well as gays. Perhaps stupid people will be next, which could by itself destroy the comedy industry. Leaving thousands of comedians with no one to make fun of. Do we have a First Amendment and Freedom of Speech, or not? According to the U.S. Constitution we do and even if some government passes a law that bans critical speech, or even hate speech of minorities in their community, it won't stand up because of this little thing called the U.S. Constitution. Americans, don't have a right to be nice or mean or truthful or the right to lie. We have a guaranteed right to Free Speech, which covers all of those things.

Racial, ethic an religious discrimination, are all wrong and even illegal in most cases. But we all have the right to think and say whatever we want to about anyone else. If you don't believe in that, than I suggest liberal democracy is not the right form of government for you. And perhaps you move to Planet Paradise where its so peaceful that not even football and boxing are allowed. Where everyone loves each other and to paraphrase the great sitcom Cheers, where everyone knows your name and everything else. Liberal democracy, is about freedom for the individual. And sometimes what comes with freedom is people doing and saying things that oversensitive tight asses don't approve of. Doesn't mean the oversensitive tight ass has to agree with the language and activity that others are engage in, but government can't stop people simply because they don't like what they see and hear.

Posted by Ederik Schneider at 8:57 PM